Talk of smart water networks is not new. Water companies have installed battery-powered data loggers on critical network assets for many years. These loggers have typically been expensive to purchase, install and maintain. The high cost meant relatively few have been deployed and the limitations imposed by the restricted battery life led to data being collected, for example, once a day. Unsurprisingly, given the low number of data collection points, the network management impact of these devices has been limited.

Today, however, as I write this article, smart water networks are arriving in a city or town near you. United Utilities has unveiled Macclesfield as the site of the UK’s first smart water town; Yorkshire Water is piloting a smart water network in Sheffield; and, AVK is running trials with a number of water companies and customers including Hafren Dyfrdwy, Severn Trent, Yorkshire Water, Anglian Water, Wessex Water and Cork County Council. The products and systems in these trials are themselves the results of AVK’s Smart Water development programme and testing which formally began in 2019, but which is built on over twenty years of experience in smart technologies.

AVK Smart Water is an AVK Group initiative. It brings together ATI and ACMO in Italy, AVK Tech in Denmark, and AVK UK product development. The communications and cloud technology that  underpins the AVK Smart Water programme, for example, has been developed by ASW-ATI, an AVK Group company based in Italy. ASW-ATI’s pedigree in smart technology is built on many years’ experience of delivering smart solutions into international irrigation markets.

Practical experience of developing and deploying smart products at scale is provided by AVK Group’s smart metering company, Flonidan. Flonidan introduced one of the first smart gas meters at the start of the 1990’s and it is currently supplying meters as part of the UK’s smart meter roll-out programme.

The impetus for AVK’s major investment in smart water solutions comes from the recognition by water companies around the world of the need to have greater control of their physical infrastructure. From the UK perspective, the growth in smart water activity has been driven by a ‘perfect storm’ of technology, changes in the regulatory regime, and water company engagement.

Ofwat has set water companies challenging leakage reduction targets. Monitoring and managing water pressure is a major weapon in tackling leakage, and measuring and relaying real time network data is something smart assets, such as AVK’s smart valves, are ideal for.

There are now major product manufacturers and consultants with significant smart water offers and experience. This is particularly true of those organisations, like AVK, which are active on the global stage and can call on lessons learnt from different smart water scenarios drawn from the markets in which they operate.

A reduction in leakage, is just one aspect of an increased focus on customer service in the water sector. Water companies want to be able to identify and remedy problems before they impact on their customers. Having a smart sensor on every valve, hydrant and pump detecting and communicating changes in pressure, temperature and flow in almost real-time enables water companies to react quickly to problems and maintain supply.

Today there is a far greater range of communications options available to transmit the data collected by smart products: GSM, Wi-Fi, LPWAN, NB-IoT. Critically, these communication options are typically low cost, both to install and maintain.

Furthermore, the software and technology required to analyse and respond to the data collected by smart products is better understood including big data, machine learning, artificial intelligence (AI) and digital twins.

To address the smart technology needs of UK water companies, AVK has developed its VIDI family of smart water solutions. As the name indicates, the VIDI approach emphasizes solutions that work for water companies across all five layers of the smart water network model: from the physical assets such as valves; to sensors and control technology; data collection and communication; data management and display; right through to analytics.

At the level of physical assets, we now offer many of our core AVK valve ranges with an optional VIDI smart interface. The VIDI interface means that valves can be installed in the knowledge that VIDI pressure, flow, level, temperature, and operation/failure sensors can be added at a later date.

We have also adopted a modular approach to the deployment of VIDI sensors. This means, for example, that a water company could start by first installing VIDI pressure sensors on its valves and then, as it seeks to extend its smart network capabilities, add further sensors without network disruption.

VIDI Cloud is AVK’s web platform that captures, manages and displays the data from VIDI sensors. The VIDI Cloud platform aggregates data and provides the user with multiple options as to how their data can be viewed: charts and graphs, maps, dashboards and more. Extracting data from VIDI Cloud is straightforward and enables water companies to port data into, for example, legacy SCADA systems for full network analysis.

VIDI technology also assists individual operations engineers in their day-to-day activities. Alerts generated by VIDI sensors can be sent straight to the engineer’s smart phones through the NOTI app.

Organisations will need to continue to react to the new tactical and strategic demands placed on them by the introduction of smart water networks. At AVK, for example, we are recruiting to significantly strengthen our skills base in the areas of digital communications, and data analytics and modelling. Creating an effective smart water network is a collaborative venture, with water companies, consultants and different manufacturers working together to ensure a cohesive outcome. The philosophies and practices underpinning Project 13, the ICE’s enterprise approach to project delivery, are one example of how this collaborative approach can be effective.

To encourage collaboration and knowledge-sharing, AVK UK has invested in the creation of the AVK Smart Water Academy in Kilmarnock. The Academy is a showcase and learning centre for smart technologies in general and smart valves in particular.

Smart cities are already high on the political agenda. Sheffield, for example, is installing a network of wireless sensors to create a digitized public highway network; Manchester is a Lighthouse City in the Triangulum Project, the European Commission’s ‘Smart Cities and Communities’ programme. Smart water networks are not being developed in isolation. They are just one large piece of a much bigger smart future, a future in which AVK is ready to play its part. 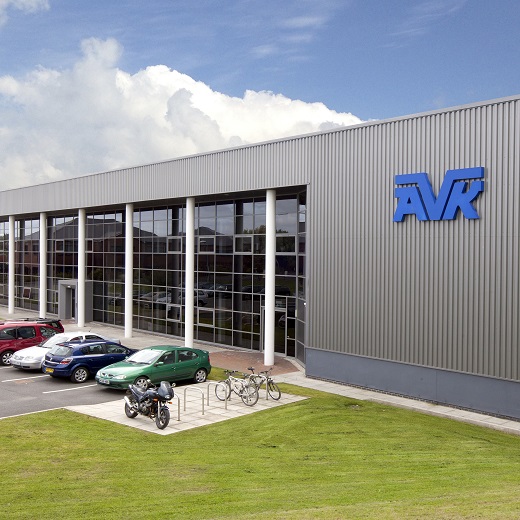 What is Smart Water Management, why do we need it and how does it work?  Standard products fitted with sensors enable communication with an intelligent platform directly to the operator for a detailed status of gate valves, air valves, check valves, control valves, hydrants, flushing valves and more...
Learn more
Our website uses cookies for statistical analysis, to improve our website and serve you optimally. By browsing our website or closing this banner, you consent to the use of cookies.
Cookie Policy